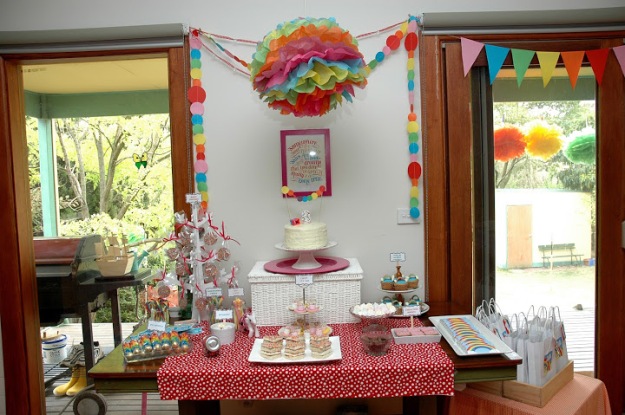 Aaah!  Let’s look at some beautiful, inspirational pictures together.  A month or so ago, my friend Jack Sprout (a lady, not an incredibly gay man) threw a birthday party for her daughter, who is a friend of Matilda’s.  As we went through mothers’ group together, I have seen many of Jack’s parties and they are always a visual feast.  But I think this rainbow-themed one was especially lovely. 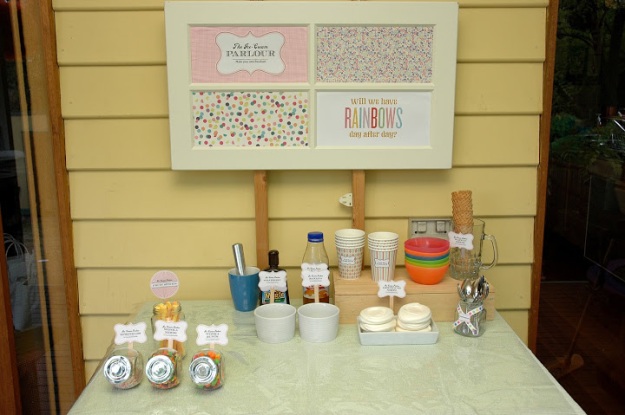 Sigh!  This one was an icecream parlour.  At one stage in the party, the icecream came out, at all the little girls chose toppings and sprinkles.  It was a winner!

Mmmmm… I know, deep down, that I could never execute a party on this scale.  But this doesn’t worry me. It makes my creative brain happy to know that something this beautiful is happening somewhere in the world.  I never feel jealousy or competition towards Jack because she doesn’t do these things to compete with other mums (if it was, it would kind of be like breaking through the finish line and then going on to do twenty-seven victory laps). I suspect she gets a beautiful creative idea in her head (or sees something lovely on the internet) and it fills her with manic energy that drives her to make it happen.  She has such lovely taste. 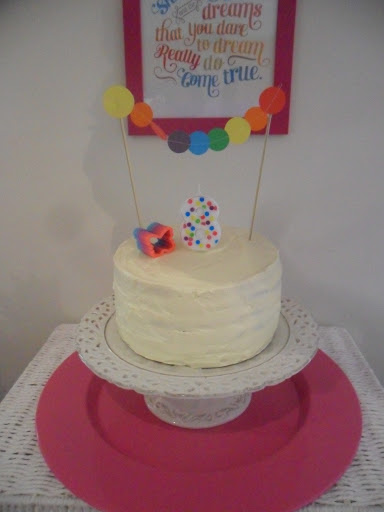 I don’t know if you’re thinking what I was thinking when I saw this cake.  It’s definitely beautiful and the little garland of circles (made with a sewing machine) is just darling, but – I don’t know – isn’t it a little understated for Jack? 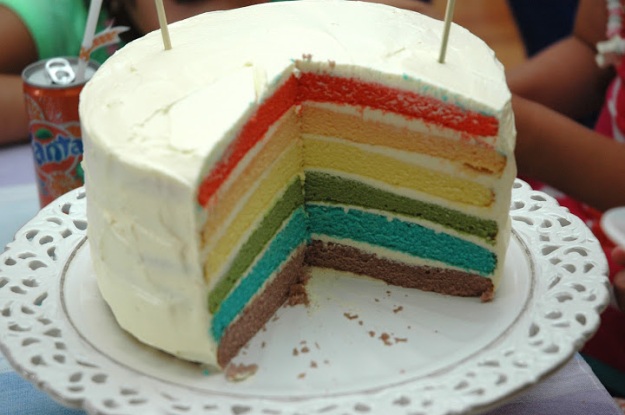 Oh I should have known!  And it was yummy too!

So, while I would never put in the level of preparation Jack does, going along to this party did get me thinking about what I was going to do when Matilda turns 8.

More on that presently (or not-so-presently, depending on when I next get alone-time on the computer!)