Just a few pictures I took (and one Matilda took) to celebrate my unique and whimsical first-born child.

Matilda likes to take care of her brothers and sister.  She made them a healthy snack after school (pretty sure she wrote out an accompanying menu also) 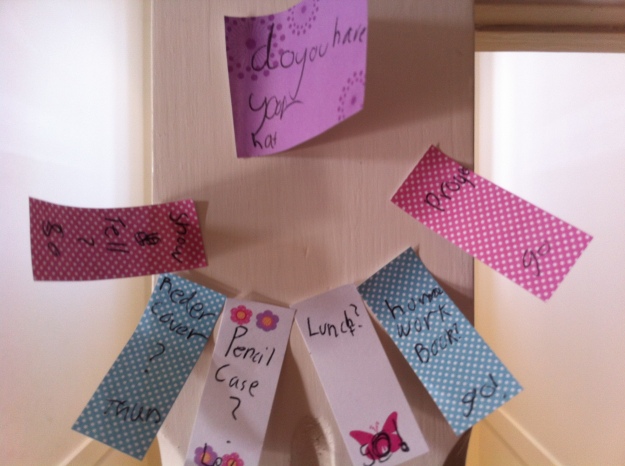 She tries really hard to be organised.

She works hard to accommodate visiting fairyfolk.  That’s glitter, by the way, and it got EVERYWHERE.

Thankfully, the tooth fairy remembered to visit this time and didn’t have to write an apologetic note (in handwriting remarkably similar to Aunty Jan’s) the following night… 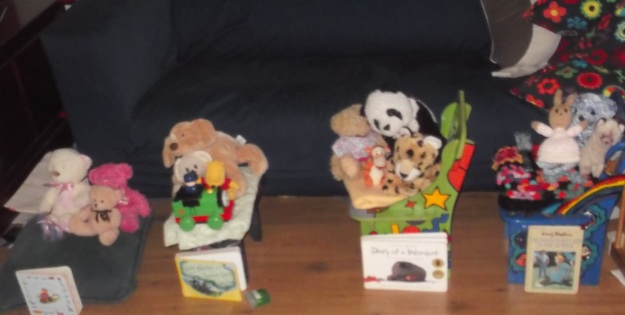 She sets up baffling installation artworks and then photographs them for my blog.

“My mum calls me Matilda on her blog.  What does your mum call you on her blog?”

Jack explained to her horrified daughter that not all mothers write blogs and that she did not, in fact, have a blog name like Matilda did.  Accordingly, Matilda and said daughter scurried off to to invent a suitable pseudonym I could use for all the times I need to refer to this little girl.  “Rarity” and “Twilight” were tested and rejected, before they finally settled on “Rainbow Dash”.

So here’s a shout-out to Rainbow Dash.  Live long and prosper.

A telemarketer called up the other day.  He had been pestering us off and on over a couple of days.  Matilda answered it, first noting that the caller id was for “overseas” as it had been the other times.  Even though I was standing a few feet away, Matilda took it upon herself to tell the telemarketer that her mum was not available:  “she’s in the shower at the moment” and that her dad was also unavailable “he’s in the shower too.  They’re both in the shower together.  I have to go now.  Bye!”

He hasn’t called us back.