I have a backlog of finished projects I want to share with you, and I figured the best way would be in one big, long, self-indulgent post. Don’t feel too impressed, though: it might look like I turned out a whole lot of of projects at once, but some of these are months old. I just never got around to telling you about them.

Here are some presents I gave to my friend at her baby shower: 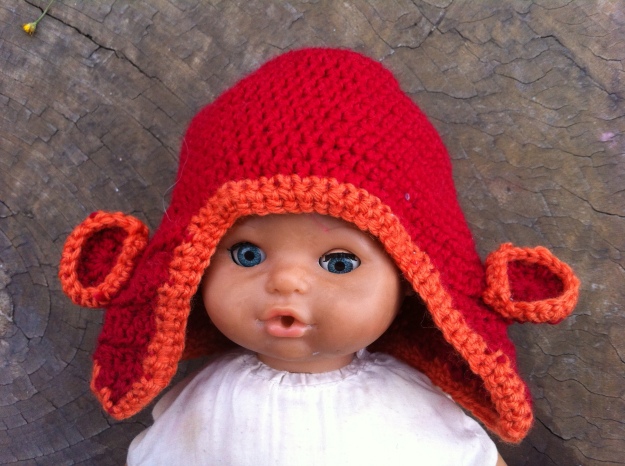 This is a monkey hat, from Mamachee’s most excellent pattern.  Just because. 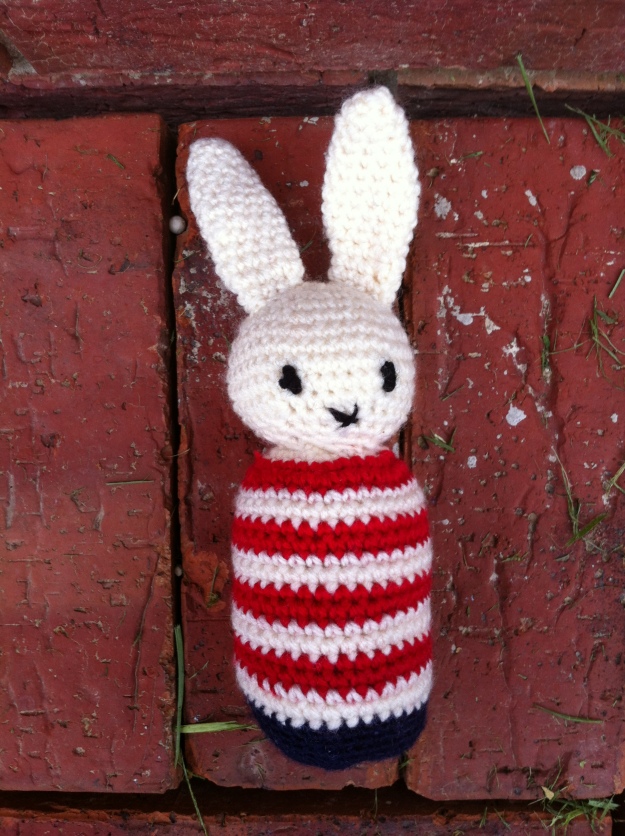 And this is Flora Rabbit, made using Greedy For Colour’s fabulous pattern. You may remember this is the pattern I used as a base for my George the Public Domain Bunny creation last Christmas.  I put a little bell inside so that it made a nice noise when you shook it.  Do you know how hard it is to make a bell ring from within a stuffed toy?  Of course, you can’t put it directly into the stuffing – it won’t ring.  But I discovered my usual trick of putting it within a Kinder Surprise plastic egg (I usually put beans or rice in to make a shaker, I haven’t tried a bell before) also didn’t work, because it sealed and there was no way for the sound to escape (or something.  What am I?  A physicist?)  In the end, I made a contraption from half an egg constructed in such a way that the stuffing didn’t enter it and the sound could still get out.  When my friend opened it and politely thanked me, I proclaimed “SHAKE IT!  SHAKE IT!  IT RINGS!  IT RINGS!” with a manic look in my eye.  She shook it.  It rang.  She was impressed.  But I suspect she was more concerned for my general wellbeing as I wrung my hands together and muttered to myself “itrings…itRINGS..itrings…ohappyday…happydaaay…” 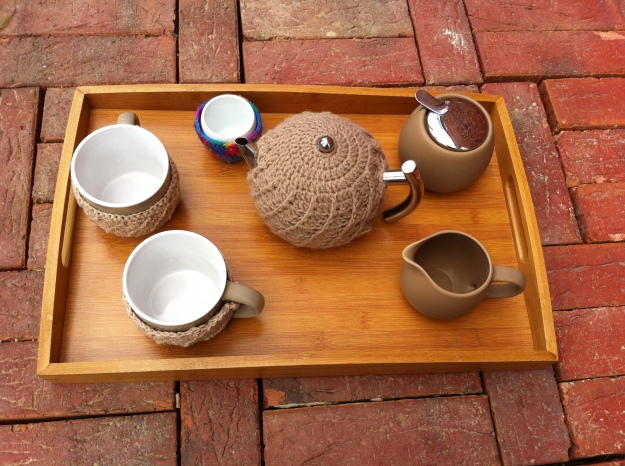 Here’s a present I gave to a lovely young couple I know who got married recently.  They were kind enough to invite me to the Mass and put on a lovely afternoon tea in the parish hall afterwards. 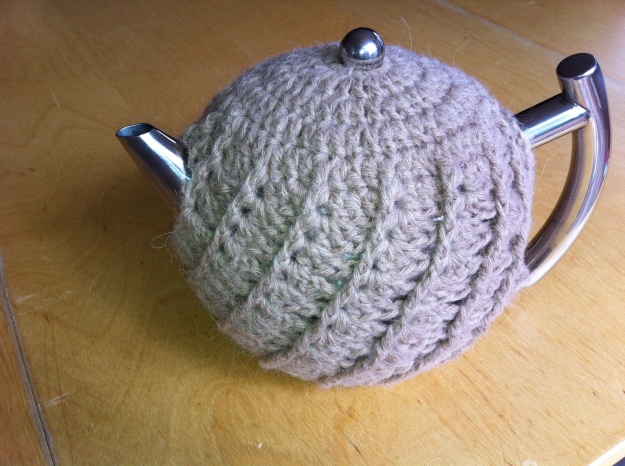 I made this tea-cosy from an alpaca/lambswool blend which I’d originally bought to make a jacket for my niece, before deciding that it was too hairy for a newborn.  I’ve since been using up this stash in various ways, including the rabbit-who-shall-not-be-named.  The pattern is one of my own devising, but it’s based on Rheatheylia’s Divine Hat,  which is another lovely pattern that’s fun to work with.  I had another go at this pattern for my mother-in-law, using yarn from her mother’s stash.  But, as this yarn was a cotton blend, it wasn’t nearly as stretchy and took a lot of muscle to put onto the pot!  So it works fine, so long as you don’t ever want to drink tea or anything… 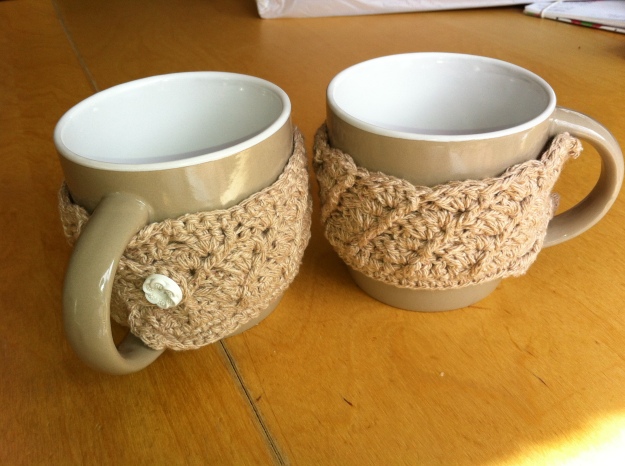 I used the same shell-stitch to make little sleeves for the mugs.  They look straightforward, but it took a surprising amount of jiggery-pokery to straighten out the edges (so they weren’t diagonal, don’t you know). 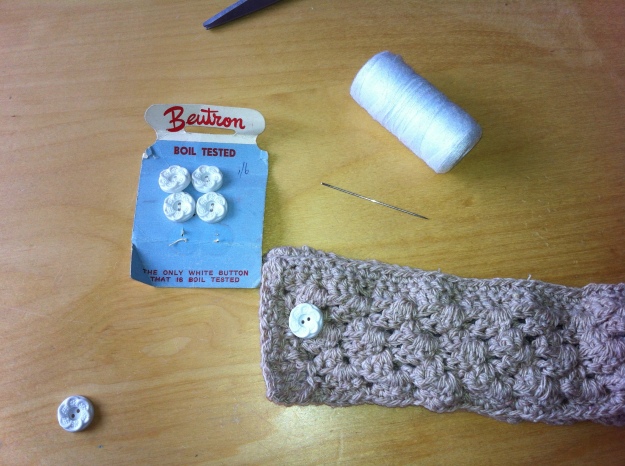 I used some gorgeous vintage buttons from Mr Knightley’s Nan’s stash.  It gives me such satisfaction to use such lovely buttons, but I also get a bit of a pang to part with them! 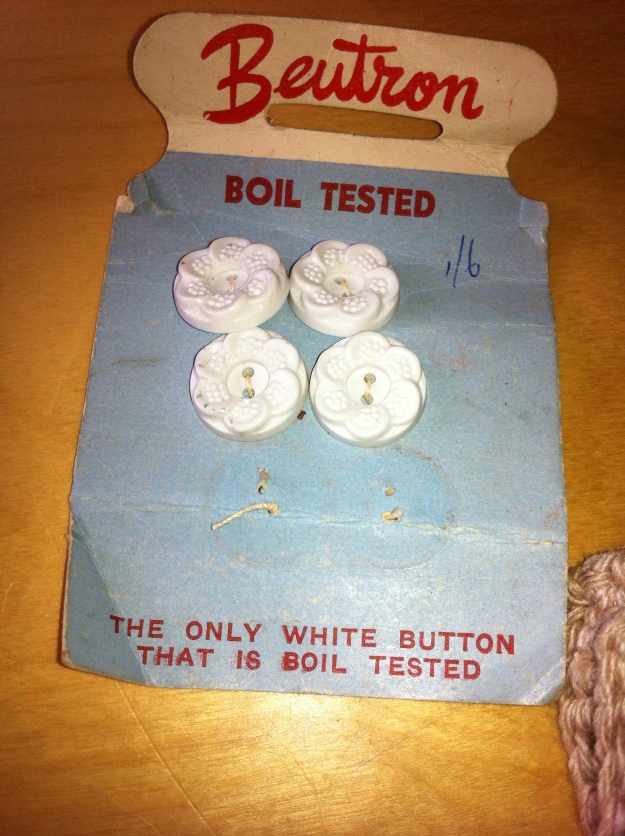 The bride has a two-year-old son, and it’s important he wasn’t left out, so I had fun making this: 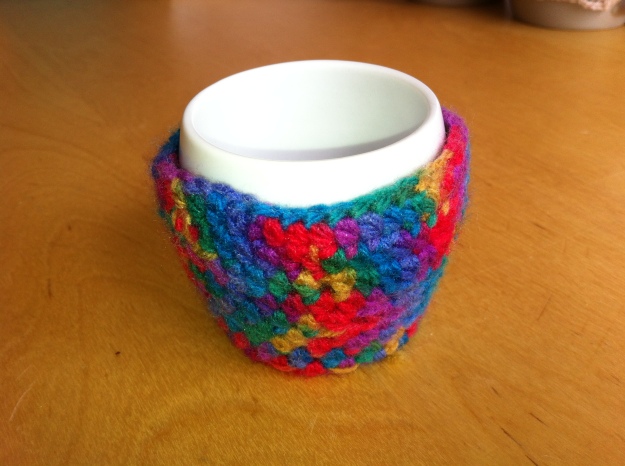 I still have a whole heap of this rainbow yarn left over and any suggestions of what I can make with it would be greatly appreciated!

I’m a little embarrassed about this one.  If you go back far enough, somewhere at the start of my blog, I mentioned I was working on some bunting for Matilda’s room.  I was so excited by the little granny flags that I took pictures of my work in progress and even made them into my blog’s banner photo.

Then I kind of lost interest in the project and forgot about it for, like, a year.

I finally managed to get it finished in time for Matilda’s birthday party.  Here it is: 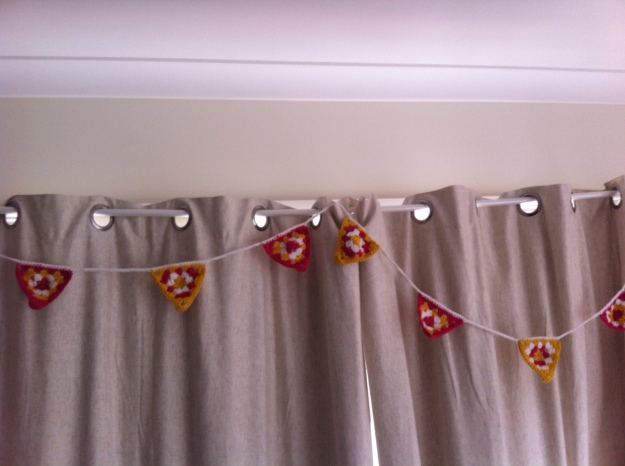 The light’s a little dodgy, but you get the idea: 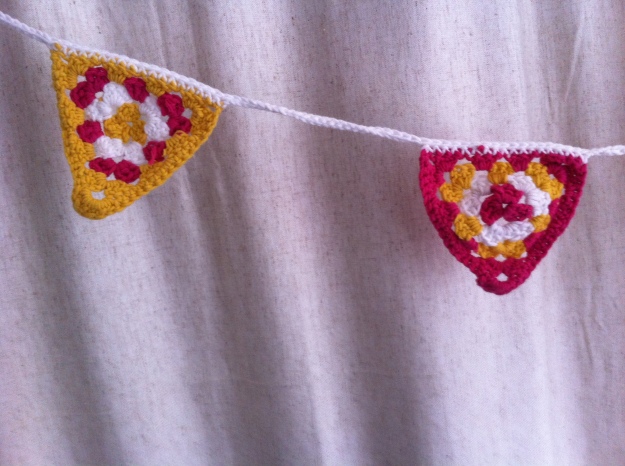 Matilda’s birthday party had a ‘night at the movies’ theme.  Here’s what we did for popcorn: 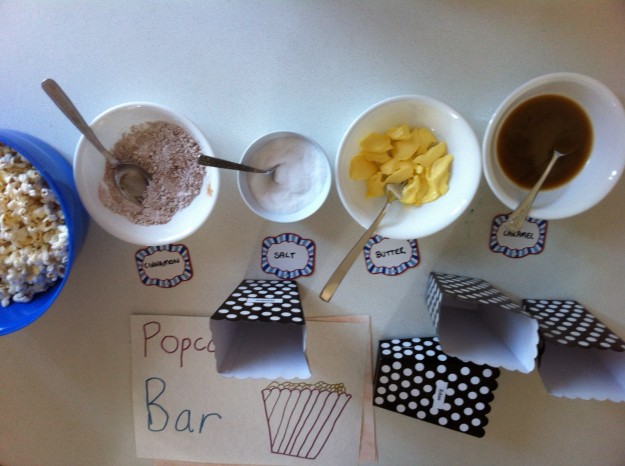 And here’s the cake: 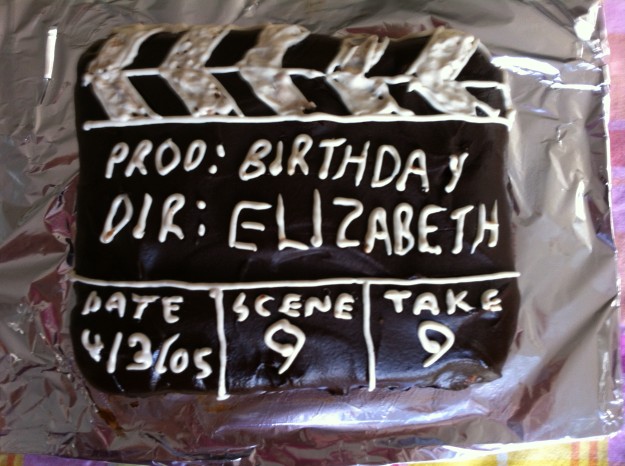 While I’m at it, here’s the cake from Mr Knightley’s birthday party.  The theme was Hitchhiker’s Guide to the Galaxy (he turned 42): 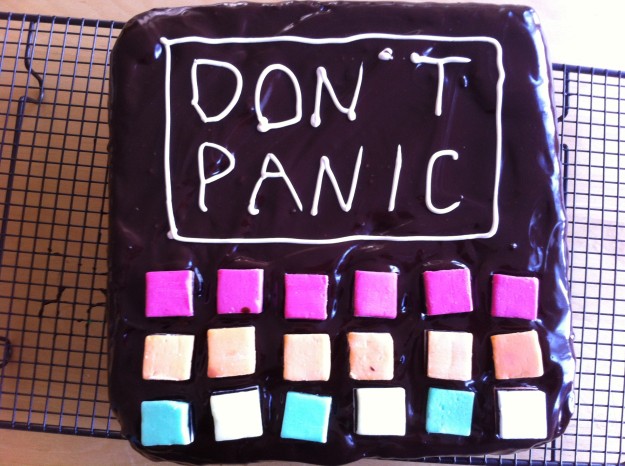 I think that has exhausted everything I have to skite about at the moment.  When you read enough of my ‘fail’ posts, you will understand that sometimes I need winning moments like these to boast about to balance it all out.  If you have read all the way to the end of this post, you are a good and patient friend and I thank you ❤ ❤ ❤