I just wanted to show off.

A couple of weeks ago I went to a beautiful wedding.  I got to spend the day feasting with friends and celebrating a very exciting event.  I was aware that the happy couple would be living in a small apartment that was already fixed up with toasters and cutlery and wine glasses and towels and that the present they would most like would be money, but I couldn’t help feeling like it was a little impersonal. Cold hard cash.  How could I turn it into soft, friendly currency?

The first idea I had was to buy them a tea-pot and make a cosy for it and put the money inside, but then I remembered that the wedding was going to have a bit of a Star Wars theme, as it was being held on May the forth (be with you).  Also, they might never open the tea-pot.  They might spend the rest of their days drinking only coffee and thinking bad thoughts about their tight-fisted friends…

So, after talking it over with a few friends, I came up with this: 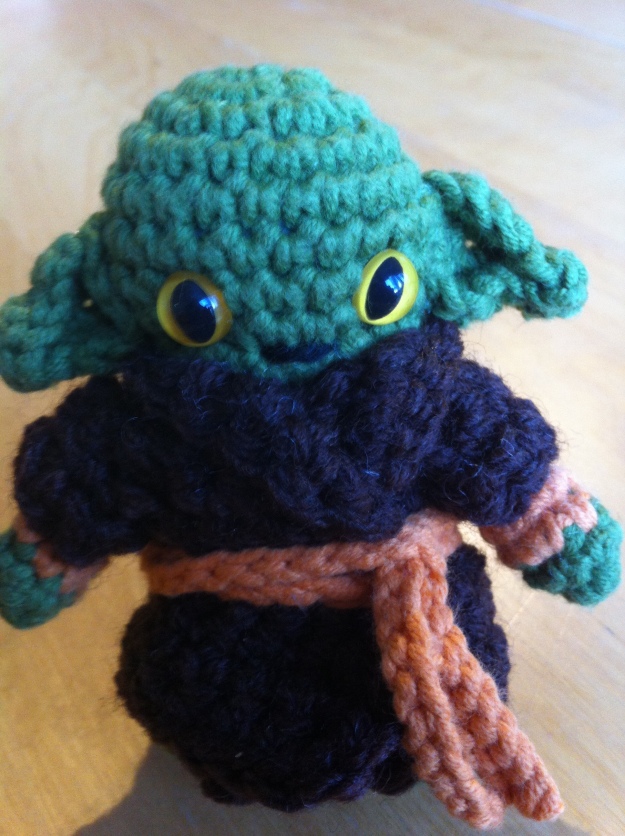 I got the pattern from Lucy Ravenscar on Ravelry.  I don’t usually buy patterns, but I bought this one as it was exactly what I wanted and there wasn’t anything as good for free online.  It was worth the money – a clever pattern, beautifully written with plenty of pictures. 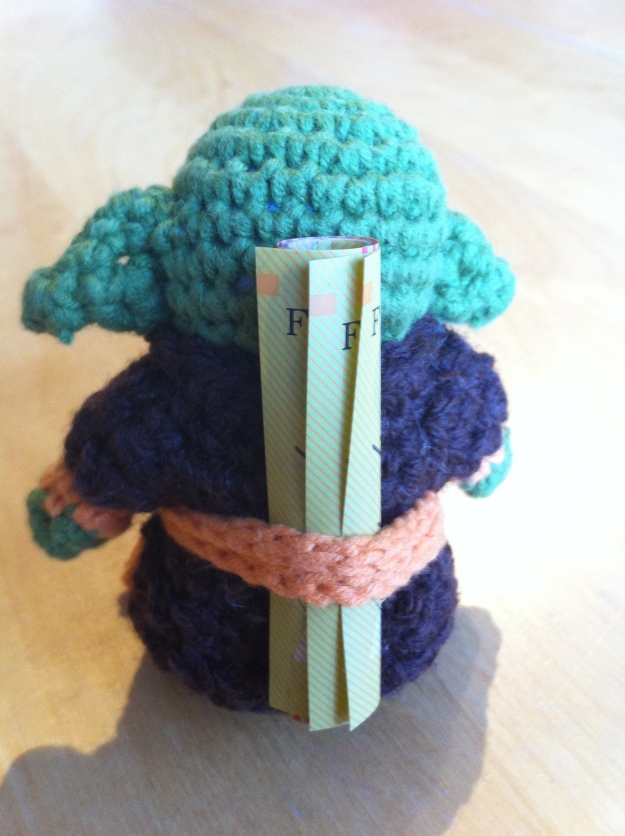 And here’s how I included the (warm and fuzzy) monetary element. 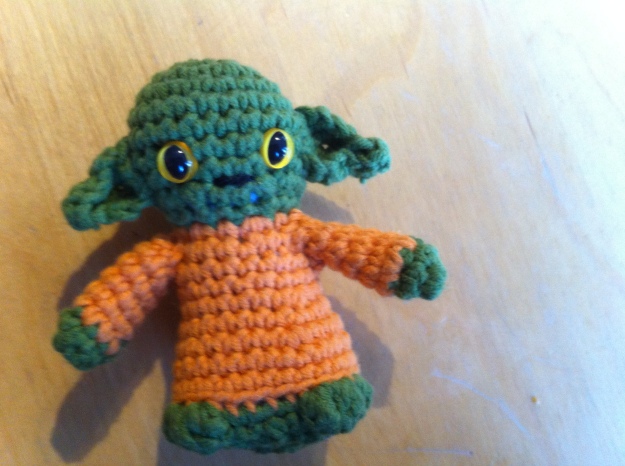 And here’s how he looks without his robe. 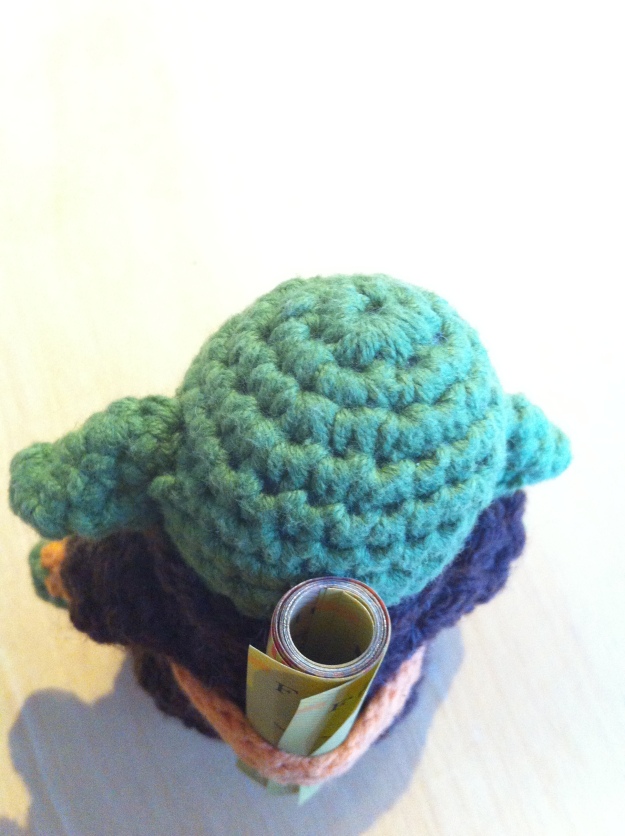 And here’s an aerial view (OK, now it’s getting ridiculous)

Having done such a great job on this one I decided I was a creative genius and went on to do a handmade card as well.  I’ve received cards before that involve simple motifs sewn onto card with a basic machine stitch.  I had an idea of doing something clever with lace.  Cute and personal.   Fresh, clean lines.

Sewing isn’t really my strong suit.  I aspire to be a clever sewing lady, but I’m not there yet.

So I got up a design and I pinned everything in place and I tried to sew it and it got a bit wonky so I tried to fix it but it was definitely asymmetrical and you couldn’t tell what it was supposed to be, so I drew all over it and it was no longer chic or minimalist and it looked a bit of a strange mess, but I’d spent so much time and energy on it that I decided to go ahead with it anyway and in the end it looked like this: 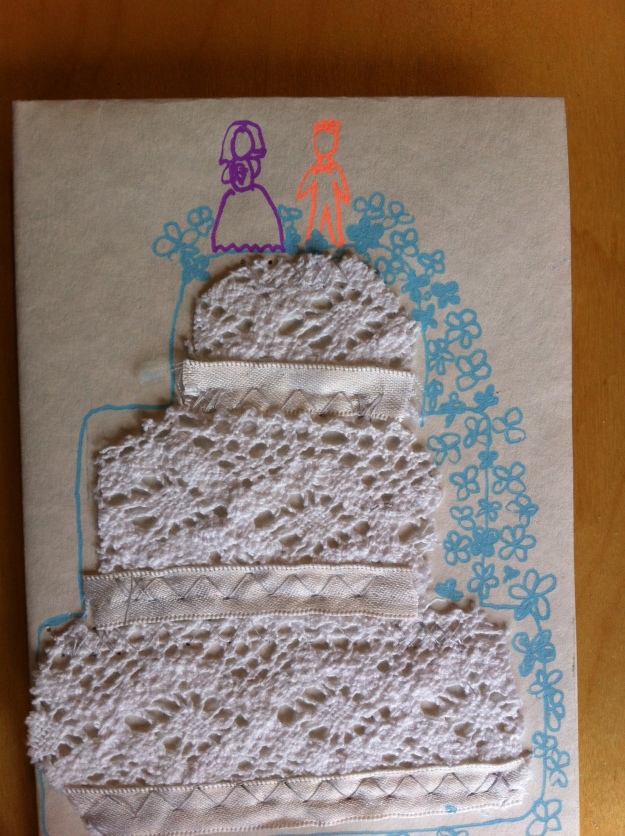 Hmmm.  I need to learn to quit while I’m ahead…