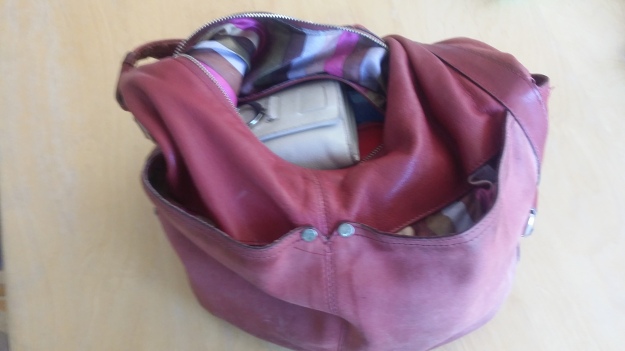 Last week was Matilda’s birthday.  One of the presents I wanted to get her was a guitar case from Aldi (only $9.99!).  The only problem was, it didn’t go on sale until the actual day of her birthday.  Matilda, however, is a pragmatist like her father.  She assured me it didn’t bother her in the least if one of her presents was a note that said “I will buy you a guitar case today”, rather than the case itself.  We formulated a plan (one of the perks of homeschooling is that you get to take the day off for your birthday).

It was as we traipsed through the local shopping centre on our way to Aldi that we met our first roadblock.  But it was a delightful roadblock.  I ran into Lovely M and Pippi outside the café, where a gaggle of nice school mums were sitting.  How could I resist?

I mentally shifted my Aldi errand to later in the day, ordered a special hot chocolate for Matilda and recklessly abandoned myself to a feast of marvelous gossip.

I guess the next road block I came across was when we got to Ikea.  I must admit, I have a bit of a weakness for the Grand Nordic Palace of Domestic Loveliness, and it’s possible I might have passed this predilection on to my eldest daughter.  We spent rather too long drinking free coffee, sniffing at candles and gasping in rapture at the insides of drawers and cupboards.  After a while, it became too much of a good thing (get DOWN off that pile of rugs, Harry!).

I had been a hostage in that baffling Swedish prison for so long, I was starting to identify with my captors. 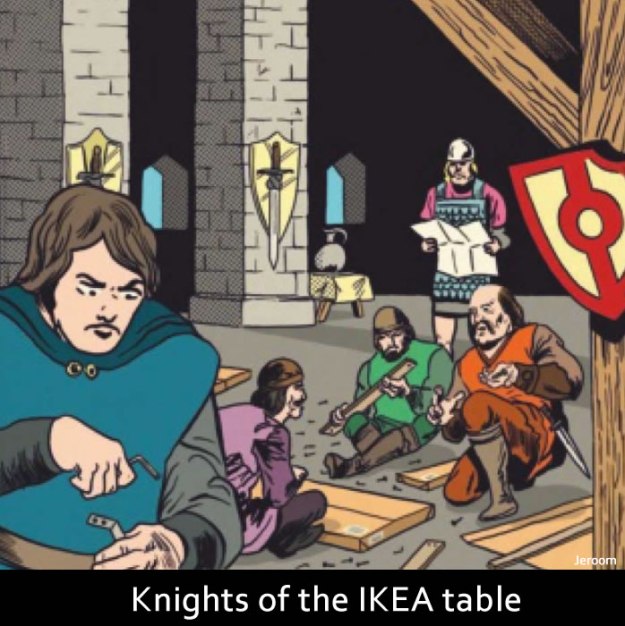 By the time we had extricated ourselves, it was already time to take Matilda to netball training.   I longed to go home to rest my aching bones, but then I remembered I still had to go to Aldi.  So I swallowed a sigh and pressed on.

As soon as we trudged through the automatic doors,  Annie announced triumphantly that she needed to go to the toilet.  Getting about with a toddler who is toilet training is a bit like carrying a grenade with the pin drawn.  You have to keep your wits about you.

I ushered us into the nearest Ladies toilet (Christopher Robin insisted on waiting outside) and heaved Annie onto the seat.  Realising that this might be a two-hand operation, I slung my handbag onto the hook behind the open cubicle door and stood in a half crouch, poised for action.

As it turned out, not much action was required.  (“I was just having a try”).  Annie, it would seem, is a connoisseur of public bathrooms, and outside Aldi’s was one she hadn’t sampled yet.

We were SO efficient when we got inside Aldi.  We just swept through there, grabbing everything we needed.  Thankfully, there were still plenty of guitar cases in stock (What if they’d sold out?  What if Matilda missed out completely because her mother was an irresponsible extrovert?).  It wasn’t until we sailed up to the checkout that I realized something was amiss.

“Ummmm,”  I said nervously to the man at the register, “I appear to be missing my handbag.  Might I go back and retrace my steps through the store?”

The man blinked at me and began to shift my groceries off the counter.  I dashed around the store twice, but to no avail.  I went back to my Register Man.

It was as I approached the automatic doors that it hit me.  The hook.  The toilet door.  I dashed to the Ladies’ toilet and darted into the cubicle.

My mind started racing.  Perhaps some kindly stranger had handed it in?  Perhaps some lady with a gambling problem saw it as an answer to her prayers?  The toilet was next door to a TAB after all.  Perhaps some woman was plonking my handbag on the counter this very minute saying “Put it all on horse number twelve”?

I went back to Register Man, even though he was in the Zone, swiping groceries through the bleeper at top speed.

Register Man didn’t know.  Perhaps I could ask at the other shops?

I joined the queue at the Post Office.  The children wouldn’t stop pulling PostShop merchandise off shelves.

As I dragged my poor pregnant bones and my bored and grumpy children across the shopping centre and up a very long flight of stairs (Annie insisted on counting every step.  There were 43.), I reflected upon what I had lost.  I loved that handbag.  It was really something special.  My sister-in-law bought it for me in New York, and I always thought it the Last Word in handbags.  And all the things I had in it.  My wallet.  My phone.  My keys.  Oh Lord – MY KEYS!  How was I going to get home?  How was I going to pick Matilda up from netball??  How was I going to call her coach???

It was a very white-faced Kate who sidled into the Centre Management Office at the Other End of the Shopping Centre.  I rang the bell and waited.

“I’ve lost my handbag,”  I stammered to the lady who appeared behind the desk.

“Can you describe it for me?”  Desk Lady enquired, not unsympathetically.

Desk Lady triumphantly produced my handbag and then patted my back awkwardly as I fell weeping on her shoulder.  I trekked back to Aldi, still reeling from post-traumatic shock (handbag) and the after-effects of Stockholm syndrome (Ikea).  I approached Register Man.

Register Man looked uncomfortable.  They had already put most of my groceries back on the shelves.

I stumbled around Aldi for about the fifth time that day, blindly grabbing at groceries and forgetting about half of them (but not, thankfully, the guitar case!).  As I finally completed the transaction I began with Register Man half a lifetime ago, I had a look at my watch.

I was going to be late picking Matilda up from netball.

I handed each child an armful of groceries (we’d forgotten the bags) and we raced towards the car.  Go!  Go!  Go!  Everybody tumbled in and we played Escape from Aldi Carpark.  I don’t think we got a high score.  By the time we pulled up to practice we were twelve minutes late.  I apologized profusely to the coach and to my Birthday Girl.  Matilda smiled brightly at me as she clambered into the car.

“Did you get my library book?”