As you may know, if you’ve been reading my constant bragging, I’ve been doing a little work lately for Jesuit Publications (bear with me, I’m going somewhere here). One of the pieces I wrote a few months ago for Australian Catholics was a sort of how-to guide for taking children to Mass. Words can’t describe how smug I felt writing that article. I was the guru. I had all of the answers. I had finally made it and could now dispense wisdom for the masses (‘Masses’?).

I did not yet have twin toddlers.

Over the past several Sundays, my complacent words have been echoing in my ears as my husband and I have struggled to grapple with two rowdy little people who seem to have a liturgy allergy (sorry). They are so noisy. And they’re always making bids to escape. And they conspire against us.

Daisy and Poppy also have their own language that they’ve settled on between themselves. For example, they don’t call Christopher Robin by his actual name. Christopher spent so much time trying to get the girls to say ‘bum’, that they have decided that this is his name. We’re all kind of used to it. But when the altar servers process in to church and Daisy and Poppy see their brother solemnly carrying the candle, it gets a little awkward when they start shouting “BUM! BUM! BUUUUM!!”

Things were at their worst last Thursday. It was Holy Thursday Mass, which started at 7:30pm, which meant I had to get the children fed and dressed and into a crowded church at a time when everybody was tired and cranky, especially me. We were all squashed in together at a pew up the front, near the side door. The twins were fairly well behaved (though not completely silent) throughout the Blessing of the Holy Oils, and the Liturgy of the Word, and the special-edition homily, and the rather ponderous Washing of the Feet (since when was Holy Thursday Mass so LONG?). But when it got to the middle of the Eucharistic Prayer, Poppy decided she’d had enough. For a while now, Poppy had been making bids to escape and I had been stopping her. I knew from experience that if I let her go, she would dash out of the church, or go dancing around the aisles, or dart into the sacristy and emerge, beaming, from the side door out onto the altar, like some special guest on This is Your Life.  Poppy was making her indignation loudly known.  It was time for me to scoop her up and take her out.  As I stepped into the side room of the church, I noticed the neat, fortysomething man who had been sitting behind us at the beginning of Mass.  Had he moved here to escape us?  He did not return my rueful, apologetic smile.  As I remonstrated with Poppy, I could hear Daisy’s loud proclamations from inside the church.  I winced.

We managed to survive the rest of Mass, but it was a slog.  Daisy also had a turn in the room next door.  Neat Man was still there and still unsmiling.  By some miracle, my husband and I managed to keep our faces straight when Annie constructed DJ headphones from her Alice-band and two Project Compassion boxes and pretended to spin discs.  But it wasn’t until afterwards, that my husband filled me in on what happened when I was in the other room.

While I was having stern words with Poppy and sharing awkward space with Neat Man, Daisy was chattering loudly in her dad’s arms.  Neat Man’s wife (who is also very neat and who looks like Sarah Palin) tapped my husband on the shoulder.

“You will have to take her out.  I just can’t concentrate!”

My husband remained where he was.  He wasn’t going to leave the other children by themselves and he knew that the Consecration happened by virtue of the Holy Spirit and not Sarah Palin’s brain power.  Later, at the Sign of Peace, Sarah Palin turned her back abruptly on us and only shook the hands of the people behind her.

I must admit I felt a little heartbroken when I heard about this.  I didn’t know Sarah Palin that well, but I had always imagined she was my ally.  She was a mum, after all.  Didn’t she know how hard it was to raise children in the faith?  Did she think I brought my children to Mass on purpose just to mess with her?  All of a sudden, I didn’t feel welcome at the Lord’s table.  Perhaps Mass just wasn’t supposed to be for young families.  Or perhaps it was only for families that had it all together.  I decided in that moment that we wouldn’t go to the big Easter vigil Mass with the fire and the candles and the incense and the bells, but instead attend the more subdued Sunday morning Mass.  I didn’t want another run-in with Neat Man and his Alaskan wife.

I might also mention here that we got through the Good Friday service without too much trouble, because the twins slept through most of it.  The family behind us had small noisy children, however, and, while I felt deeply for them, I was also acutely aware that Neatman and Palin (who were sitting further away this time) probably assumed it was us making all that noise again.

Anyway, on Sunday morning, we tumbled into church, almost on time, though Poppy was still in her pyjamas.  I was working so hard at focussing on all the nice parishioners who smile and look dotingly at the twins that I didn’t notice that NeatPalin were standing rigidly at the other side of the church.  When Poppy let out a yelp towards the end of Mass, Neatman turned and looked right at us.  EEK! 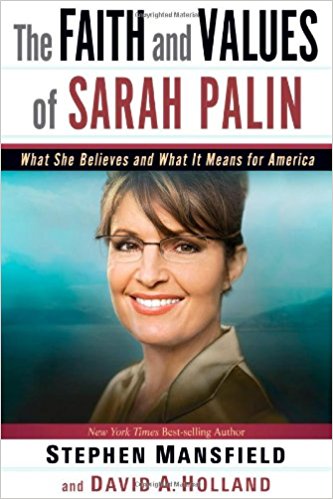 I’m feeling better now for telling you about it, my blog friend.  And I’m pretty sure I’m the only one in the family who was really upset by it.  Mr Knightley takes all things in his stride.  Daisy and Poppy continue to run things their way.  Annie is stoked with her charity-box headphones.  And as for Matilda, Bum and Harry, they couldn’t be happier.  They’ve discovered a new recruit to work at the Barbara Feeney Shush Helpline!

Meanwhile, I think I need to contact the Australian Catholics editor.  I want to add a footnote to my article: “Please note: if you have toddlers, none of these rules apply.  All you can do is pray for God’s sweet mercy and wait for the storm to pass.”