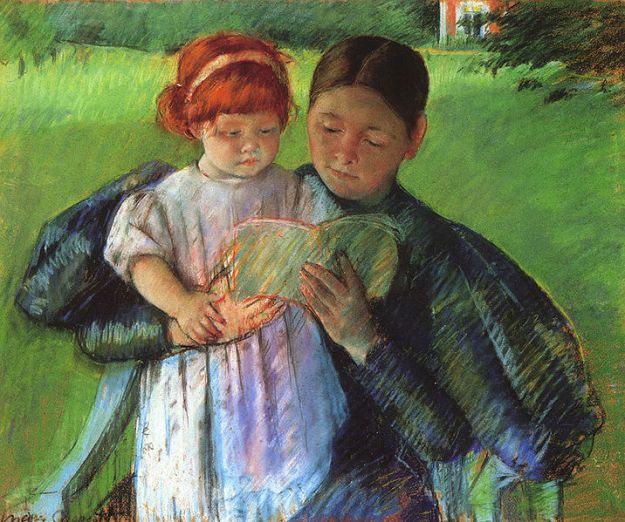 I’ve been putting off writing this post for a while now.  I’m not sure how to tell you without making you thinking I’m totally bonkers.

See, this thing is, this year, when Christopher Robin trots off to Grade One, at our local Catholic Primary, Matilda will be doing Grade Four.

A few months ago, I was sitting with Mr Knightley on what we lovingly call our front ‘porch’.  Those of you who have visited me physically (and not just virtually) will know that this description is rather generous, but we love the chairs and table squished up next to our front door very much indeed.  As we sipped our coffee, we watched Matilda playing in our front yard, lost in her own happy world.  I sighed.

“I just don’t want her spirit to get crushed.”  I announced suddenly.

Mr Knightley looked at me and looked across to Matilda.  It’s not unusual for me to burst into a new topic of conversation like this.  I didn’t need to explain.  We both knew what a rough year Matilda had suffered.  The constant undermining and alienation from a group of girls who, while I’m sure are lovely individuals, seem to create a toxic culture when put together.

Tilly isn’t your typical eight-year-old girl.  She is an individual.  While she is articulate and has well-developed social skills, she would probably prefer to attend a political rally than a One Direction concert.  At my birthday party, after getting fed up with all the bonfire smoke blowing in her face, Matilda disappeared inside briefly, only to reappear nonchalantly sporting a pair of swimming goggles.  She was the hero of the party and pretty soon the other kids sent her back inside to fetch goggles for them too.  She wouldn’t have dared to stand out so much with her group at school.

It wasn’t often these days that we saw her relaxed and cheerful like this.  Over the course of the year, Matilda’s confidence had plummeted whilst her anxieties soared.  The school had valiantly tried different strategies, but none had worked for longer than a week.

The lowest point came a few months ago when Matilda confided in me that some of the girls in her group had accessed hard-core fetish pornography on their computers at home and were describing it in graphic detail over lunch time.  When Matilda objected to this topic, she was branded a baby.  Eventually, she made some excuses and nicked off.

I tried to write a post about this when it happened, but it was just too difficult.  Besides, I try hard to keep this blog PG-rated and I don’t think that would have been possible if I’d gone into any more detail than I have here.  It’s not that I’m prudish and think that eight-year-olds shouldn’t be curious about sex, and I’m happy to answer any questions (Matilda thanked me politely but said she didn’t feel she was ready to learn about sex yet.  She promised that when she did she would come to me, and not YouTube…), but I find it deeply disturbing that they have access to such damaging misinformation as porn.  It also struck me that, while I can go nuts with passwords and filters and monitoring screen time, I have no control over the boundaries that Matilda’s peers have with their computers.

Of course, I spoke to the school and the school spoke to parents (and I felt like a rotten snitch) and everybody was very shocked.  But a few months later, the girls were still talking about it, only this time, they banished Matilda from the conversation so that she wouldn’t dob on them again.

Mr Knightley sipped his coffee, “We could always try homeschooling,” he suggested.  I laughed.  Mr Knightley had been extolling the virtues of homeschooling since before Matilda was born.  But this was no off-hand comment.  Mr Knightley went on to put forward some very convincing arguments for giving Matilda a year of homeschooling, to give her a break from the stress, to challenge her gifted brain, to lean in to the relationship, and to give her back her childhood.  But it wasn’t this that convinced me, nor the excitement I felt bubbling up as I thought about curriculum and excursions and the fun we could have together.  A classroom with one student who itched to learn.  There was something else, quiet but persistent.

It was God.  He was poking me.